Did you know that your Internet Explorer is out of date?

To get the best possible experience using our site we recommend that you upgrade to a modern web browser. To download a newer web browser click on the Upgrade button.

Established in Elland, West Yorkshire in 1952 Belzona specialised in the flame spraying of steel with zinc to provide corrosion protection. 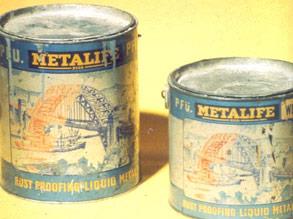 In 1957 the company moved to Harrogate, North Yorkshire where it pioneered the development of innovative polymer technology that has revolutionised the ways in which repair and maintenance procedures are carried out within industrial and commercial facilities, with substantial investment in Research and Development and Manufacturing.

In 1960s the Belzona company was formed specifically to market a range of metal repair products. As a result, Belzona Metal was born, the predecessor to our now popular bestseller Belzona 1111 (Super Metal).

By 1961, from a newly opened office in Copenhagen, Denmark, the company began appointment of a European International Distributor Network.

In 1970, Belzona became a global distributor. Jorgen began the appointment of independent distributors from South America and Asia. This expansion of sales continued into North America where a state of the art office and manufacturing, research facility was built in New York. 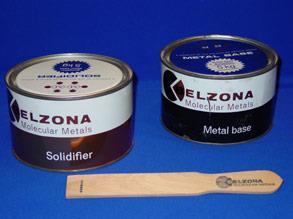 1979 saw the launch of the distinctive packaging affectionately named "The Module". The Base of Belzona products are generally sold in the orange module and the Solidifier in the black one.

In the 1990s, Belzona moved into the new Belzona Technology Centre facilities in Harrogate, UK, which were officially opened on 4th July 1992. In addition, Belzona's Miami Office was opened following the transfer from its original New York headquarters.

By 1995, Belzona took a major step forward with the development of high temperature coatings for erosion/corrosion resistance. 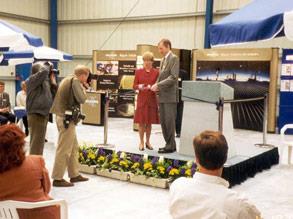 Joel Svendsen, the son of Jorgen, took over the company in 2003. Joel, like his father is a keen entrepreneur with a strong business drive. Under his leadership, Belzona is now a truly international organisation, with the Belzona family spirit growing ever stronger.

On Monday 23rd July 2008, Belzona held a "Groundbreaking Ceremony" to celebrate a £3,500,000 investment to expand the existing state of the art facility at our Harrogate based Headquarters.

Due to the dramatic growth of our business, particularly on the Export side, the need for additional manufacturing capability as well as the space to house the extra personnel was needed.

The building extension was completed in 2009.

In January 2010, Belzona demonstrated the outstanding performance of Belzona 1251 (HA-Metal) by suspending a Mercedes SL500 AMG above a Mercedes S320 LCDI. The material was applied to a connecting joint only 75mm in diameter and cured immediately prior to the lift. With the Mercedes weighing over 2.2 tonnes, and a minimal amount of adhesive, it demonstated that the Belzona 1251 (HA-Metal) was able to carry over 1.8 million times its own weight.

2012 was the year in which Belzona celebrated its 60th anniversary. On 14th February, Belzona turned 60 and to acknowledge this achievement hosted various events throughout the year. 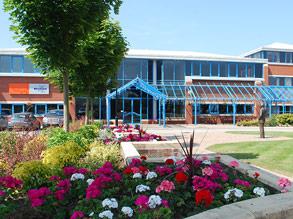 Continued investment and commitment to research and development of new products resulted in the introduction of the next generation products for internal lining of high temperature equipment operating under immersion in 2014. Belzona 1523 and Belzona 1593 are high temperature epoxy coatings that surpass existing technology available in the market by providing outstanding corrosion and chemical resistance while its cold curing mechanism allows for full in service cure, reducing downtime.

Also in 2014 Belzona has formulated a new peelable coating concept, specifically designed for the protection of flanges, fastenings and associated pipework. This system is a combination of two products: a tough flexible encapsulating topcoat - Belzona 3411 (Encapsulating Membrane) and a corrosion inhibitor, Belzona 8411, which also has release properties allowing the top coat to be peelable.

Continuing to develop market driven solutions to meet the consistent demand of industry and commerce, we now have offices in Europe, North America and Asia. With our global Distribution network of over 140 distributors in more than 120 countries, we are thrilled to celebrate over 60 years of success and look forward to a bright and expansive future.

Thank you for contacting us.